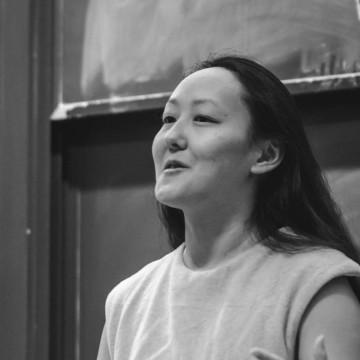 Lizette Taguchi is co-founder of The Seed – a social impact tech startup that aims to boost the labor market integration of refugees in Europe. The Seed is developing a novel platform that enables refugees to build job-relevant skills and be successfully matched with employers.

Lizette also works for the ROCKWOOL Foundation’s Intervention Unit as hybrid Social Innovator and Researcher. Lizette returned to Denmark in fall 2016 after several years in the US, where she was a PhD candidate in Political Economy at Princeton University. At Princeton, she discovered her passion for social impact technology and became the founding project manager for Reach Up USA, a joint practitioner-academic research team that develops a tech-integrated early childhood intervention for disadvantaged families.

She is an experienced social and data scientist who knows her way around single malt whiskies and Premier League football.