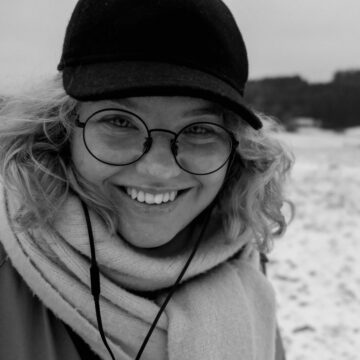 Anne is generally a very positive person who likes to draw all kinds of things, studying languages, going exploring, and meeting new people.
She’s currently working as a content artist at a games company in Copenhagen, and with a bachelor’s degree in computer graphics/ animation and a master’s in game design, previously worked as concept -and background artist for games and animation in Denmark, Brazil and Korea.
Random fun facts about Anne:
1) she has been to more than 40 countries (mainly Africa and Europe) and has lived in 6,
2) she has worked in an animation studio in a water park (literally under a waterslide) and
3) she once had to fight a monkey for her food. True story